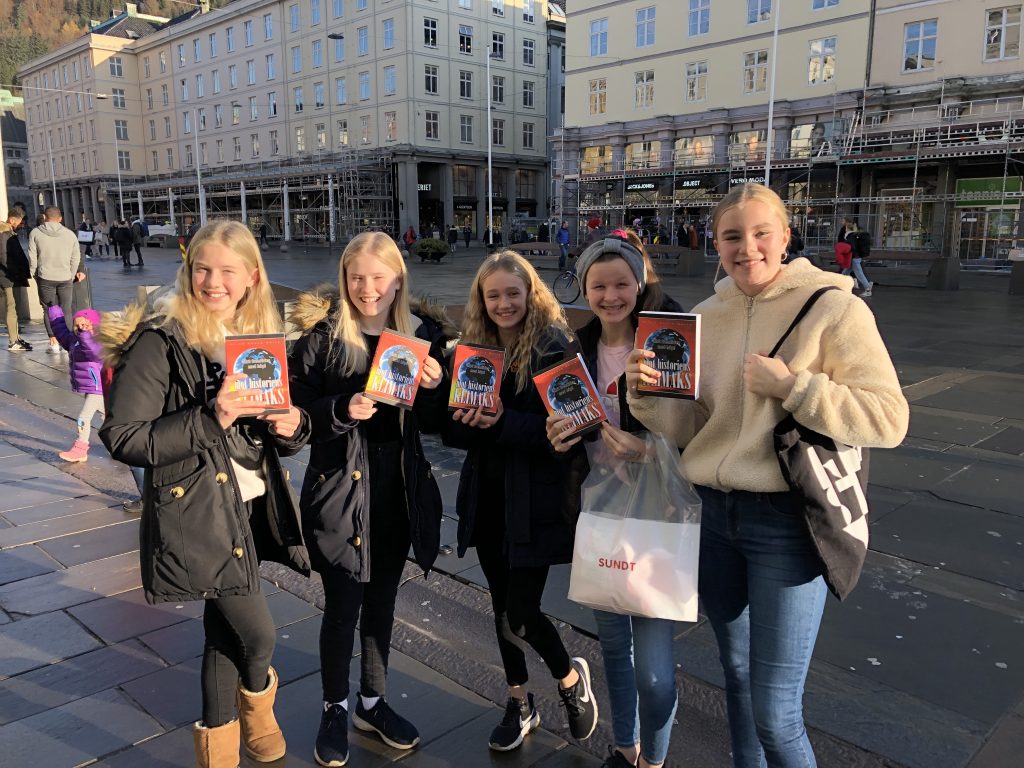 It is wonderful how much literature can be distributed in just a few months. Our press has been busy! We have printed 10,000 additional booklets each for Poland, Ukraine, Lithuania and some other Russian-speaking countries. We even printed 20,000 new booklets for England. People are distributing literature all over Europe. Our most recent request comes from Bulgaria—they need 20,000 copies of the booklet The Protest Is Not Over—500 Years After Luther and 10,000 copies of The Great Controversy. We cannot stop this mission now! More people are to be reached with the messages for the end times, which include warnings as well as grace.

In a recent campaign in Romania, 20,000 people received booklets. The brethren there tell us that people keep calling, texting or writing requesting The Great Controversy, which is offered for free in The Protest Is Not Over. Some who receive The Great Controversy even write again, asking for more copies to give to friends or family!

Sister Ann from Denmark travels all over Europe. She has distributed The Protest Is Not Over and The Great Controversy in Denmark, Norway, Sweden, Germany, Latvia, Estonia, Lithuania, Poland, France, Wales, Ukraine and Belarus. When she hands the books out in the streets, she brings her friends from the country she is visiting, showing them how to distribute literature and inspiring them to continue doing it. Sometimes Ann and her friends face opposition, sometimes eagerness—such as when an elderly lady came running after them asking for more booklets. Ann can tell the harvest is ripe, but the workers are few. However, she is also seeing more and more people becoming active in evangelism! 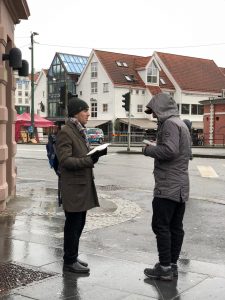 Brother Hrach has been giving away booklets in Germany, Sweden, Ireland and Romania. In Romania, the police stopped his group, saying that during the papal visit it was against the law to hand out anything against the pope and the Church. Hrach and his friends pointed to the freedom of expression and printing granted by the European Union. They had come prepared with printouts of the EU rules upholding these rights, which they showed to the officers. The police could hardly argue, so the literature distribution continued.

Brother Henning has distributed some 1.5 million copies of our booklets over the past 15 years. Each Sunday, he walks about putting booklets in letter boxes, and God has blessed him with health and strength to go on. His example reminds us to never give up!

We too have been blessed to be able to take a recent missionary tour into West Norway, where we visited many homes, holding cottage meetings. As we traveled from one appointment to the next, we put our booklets in letter boxes, and we met kind people who invited us into their homes and listened to our message. Many of them asked questions, which we did our best to answer from the Word of God. We give God all glory, who supplies us with insights, health and strength to continue working. We also thank God for all our friends around the earth who are spreading the last messages of grace and warning.

As time winds to a close, our right of expression and printing will be restricted, as is already happening in Russia, Nepal, China, North Korea and other countries. Let us enjoy our liberty for missionary work now!

How You Can Help
Pray for the thousands of booklets and Great Controversies being handed out all over Europe. Pray for open hearts to receive God’s messages of warning and mercy!

Start a literature distribution in your church and community.

Give to supply the needs for literature in impoverished countries. Mail your donation marked “Evangelistic Literature” to:

To give online, visit:
www.missionspro.org/donate