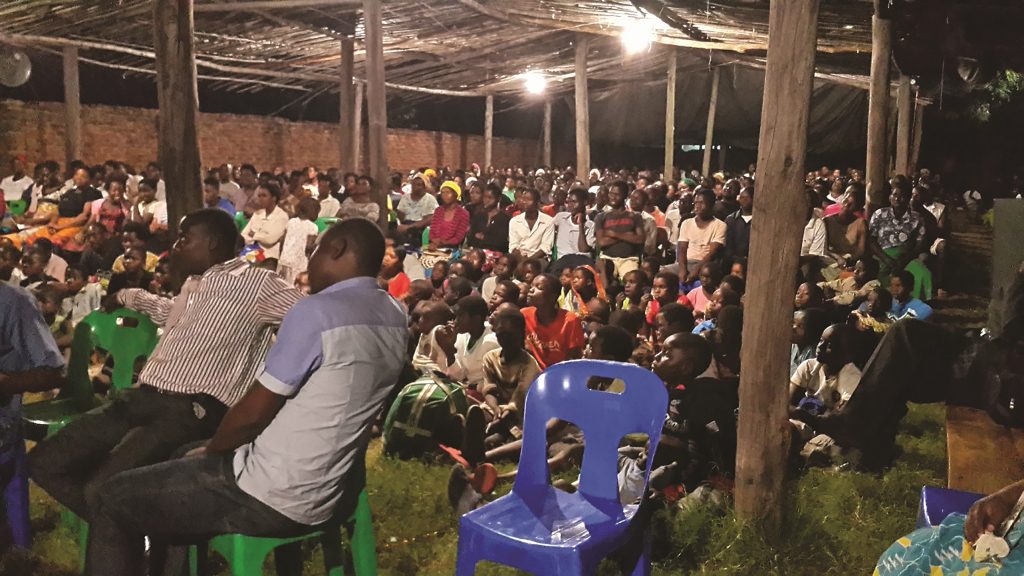 Providence Among the Muslims

A car problem creates an opportunity for Muslims to hear and accept Bible truth.

“Many months passed by after Paul’s arrival in Rome, before the Jews of Jerusalem appeared in person to present their accusations against the prisoner. They had been repeatedly thwarted in their designs; and now that Paul was to be tried before the highest tribunal of the Roman Empire, they had no desire to risk another defeat… His enemies could hope for success only in seeking by intrigue to influence the emperor in their favor. Delay would further their object, as it would afford them time to perfect and execute their plans, and so they waited for a while before preferring their charges in person against the apostle.

“In the providence of God this delay resulted in the furtherance of the gospel. Through the favor of those who had Paul in charge, he was permitted to dwell in a commodious house, where he could meet freely with his friends and also present the truth daily to those who came to hear. Thus for two years he continued his labors, ‘preaching the kingdom of God, and teaching those things which concern the Lord Jesus Christ, with all confidence, no man forbidding him.’ ” Acts of the Apostles, 453.

It is interesting that in Paul’s day, the providences of God caused a delay for the furtherance of the gospel. While in Malawi a few months ago, we experienced a delay in the small city of Salima. Unknown to us at the time, it was in God’s providence.

We had been traveling in the northern part of the country, visiting and encouraging the church members to remain faithful to the Lord. As we returned to our home base where we expected to sleep for the night, our vehicle started to make a loud squealing noise. We had traveled many miles so far, and thought that we could make it back without incident. The sun had set, and it was now late in the night. The squealing noise became increasingly more noticeable. We knew that we had only about three more hours of travel and still hoped that we could make the distance. As we passed through the small town of Salima and were about to reach the outskirts of the city, we decided to stop and inspect the vehicle again. We could see nothing unusual, but the noise continued. We took our problem to the Lord in prayer and asked the Lord what we should do. After praying, the impression received was to stay until morning.

In the morning, Brother Golden set out to find a mechanic and parts to fix the car. While he waited to purchase parts, he struck up a conversation with a Muslim man. The topic of discussion quickly turned to spiritual matters. The Muslim appeared fascinated by what Golden said and asked if he would come back and conduct a seminar in Salima. Golden agreed and set up a time to organize the meetings. Before long, Golden and his team of Bible workers began doing the groundwork in the small city of Salima. They went from door to door, passing out literature, giving Bible studies and doing charity work.

But the Muslim man who invited Brother Golden was his best missionary. He told everyone he could think of about the meetings, and those people in turn told others. The news about the meetings spread like wildfire throughout the city of Salima. On the opening night of the campaign, over one thousand people attended. Most of them were of the Muslim faith. Golden spent three weeks presenting the Three Angels’ Messages to the people. Sharing what is taught in the Koran about the Sabbath, the judgment, hell and many other doctrines, he then presented the complete teachings of the Bible. As he opened the Bible to them, the crowd could clearly see that the Koran was incomplete and that the Word of God was truly inspired. A few weeks later, more than 79 Muslims, including the man Golden met in Salima, were baptized. Many more continued to study. In the month of June, 68 more were baptized into the faith. 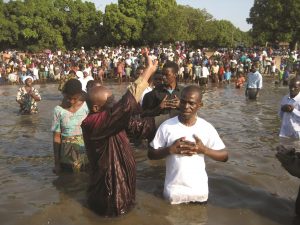 “Do all you can where you are. Hold yourself ready to follow the opening Providence of God, but you should not mark out a course for yourself.” Manuscript Releases vol. 6, 191.

Marvelous are the providences of God!

Author: Mike Bauler is the director of Mission Projects International.

Pray for Golden as he works among the Muslims in the country of Malawi. Pray especially for the work in Salima and the new church members.

Donate. Funds are needed to support Bible Workers entering new fields. A Bible worker can be supported for $150 per month. There are many evangelistic meetings that have been held but they have no church building to worship in. Many are worshipping under trees to shade them from the hot African sun. A church can be built for around $600. If you feel impressed to help this work, please mark your donation “Malawi” and send to: