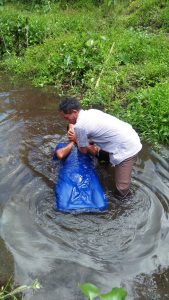 From Confusion to Clarity

I grew up in a devoted Roman Catholic family, but in 2006, when I was 21, my whole family converted to a Filipino church named Iglesia Ni Cristo. This church has very strict rules. If you come to church late, the deacons will not allow you to enter. The men and boys sit separately from the women and girls, and no one makes noise—not even the children. It feels as though everyone inside the church is sanctified; and indeed, Iglesia Ni Cristo teaches that only its members will enter Heaven.

As ordinary Iglesia Ni Cristo members, we were forbidden to study the Bible; we were told it would make us crazy and confused. We were not allowed to eat blood, but we could drink alcohol and smoke. We had a strong belief that Jesus was only human and not God. As an Iglesia Ni Cristo believer, I held my views firmly and would defend them to anyone.

In February 2018, Pastor Temtem and his wife visited my home as part of a door-to-door campaign for an upcoming public evangelistic series. Because I had my own beliefs, I debated with them, hoping they would not come back. Pastor Temtem calmly asked me about my religion, and then explained to me that the true church of God obeys His Law. However, because I loved my religion so much, I soon forgot most of what he said.

Undaunted, Pastor Temtem continued visiting me each day. On his ninth visit, we discussed the Sabbath and Christ’s divinity. He shared texts such as Hebrews 1:10, Philippians 2:5–8 and Titus 2:13 to show that Jesus is not only human, but also God. He explained both subjects so well that they became clear even to my clouded mind. I realized that there is no need to argue with the Seventh-day Adventist doctrines, because they are clear and understandable. Contrary to what the Iglesia Ni Cristo ministers taught, I discovered that the Bible is not confusing. 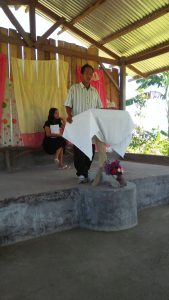 When Pastor Temtem’s public meetings started, I attended the meetings, but I hid in the background because I did not want people to judge me or laugh at me. Every night I went secretly, so that even my parents did not know about it. Eventually I realized that I should not hide my new convictions, but instead show everyone around me that I had found the Three Angels’ Messages and that I believed the Seventh-day Adventist doctrines. When I told my family about my new faith, they simply said that if I truly understood the Seventh-day Adventist doctrines, they would support me. I felt so happy that all of them supported me in my decision.

After months of observing the Sabbath and studying the Bible with Pastor Temtem and the other workers, I finally decided to receive baptism on August 10, 2019. Today I am an active member of our church here in Tupi, South Cotabato. Now, when the Bible workers want to visit people who may be interested in the gospel message, I act as a guide, helping them find the homes of other searching souls! 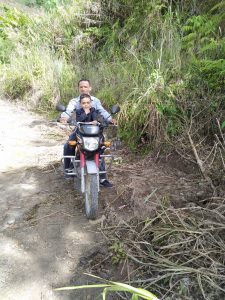 How You Can Help
Pray for others trapped in religions that discourage Bible study to be able to hear the truth, as did Rajid.

Pray for the Bible workers in the Philippines to be able to find honest souls and win them to the truth!

Give to the work in the Philippines by sending your donation marked “Philippines” to: