From Imam to Adventist

Perplexing texts in the Qur’an begin a Muslim teacher’s quest to know more about Jesus and the Sabbath. 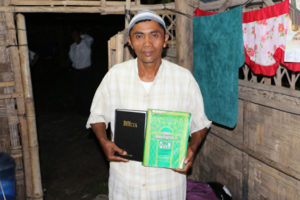 I wasn’t raised Muslim. I converted to Islam as a young man, because I believed Mohammad to be a prophet of God and my great redeemer. I would spend two hours per day studying the Qur’an, learning all that Mohammad taught. This religion absorbed my focus and captured my imagination like nothing else I had encountered. Soon I began convincing others to join Islam—Christians included. I knew how to answer every argument.

My fellow Muslims urged me to become an imam.* I wrestled with the idea of taking on such a responsibility, but I finally gave in. During my years as an imam, I brought many to the Islamic religion, but I also began to have questions about the Qur’an’s teachings, especially regarding the holy wars. I had believed that Islam was a peaceful religion, but the Qur’an made confusing promises to jihadists.

Other texts in the Qur’an confused me, as well. Sura 43:61 read, “And Jesus shall be a Sign for the coming of the Hour of Judgment.” I had been taught that Jesus was only a prophet, not a Savior, and that Allah was the supreme God and only Judge. Why did this text speak of Jesus as the sign of judgment? Confusing as it was, the verse began my quest to know more about Jesus. Was He only a prophet or was He more? 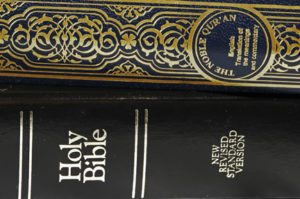 Another concept in the Qur’an bothered me. Several passages spoke of the Sabbath and the punishment for those who transgressed it. One passage in particular perplexed me. Sura 4:154, 155 said, “Transgress not the Sabbath (Saturday). And we took from them a firm covenant. For Sabbath is a sign of Allah to his people.” Why then did we as Muslims set aside Friday as a holy day, the most important day of the week? Why did we worship on Friday instead of Saturday?

As these questions rankled inside, I met Pastor Temtem from the Seventh-day Adventist Church. He invited me to come to an evangelistic seminar. Although I felt drawn to Pastor Temtem, I felt nervous about going to his meetings because it would be an insult to my Islamic leaders. I decided to attend the meetings secretly. At those meetings, I learned about the true Sabbath day, and I began to learn about Jesus.

Desiring to know more, I invited Pastor Temtem to my home to compare the teachings of the Qur’an with the Bible. Our studies made it evident to me that the Bible is the only holy Book and that it contains all the teachings essential for salvation. In time, I severed all connection to Islam and gave my heart fully to Jesus. I decided to be baptized into the Seventh-day Adventist faith and to keep studying and obeying the truth as it is written in the Bible.

When I left the Muslim religion, I also lost the $320 monthly salary I had received from the mosque—the money that helped me feed my family and provided us with a home. Now we must survive on a small fraction of what we used to receive. Still, I know that the Lord will provide because He has promised. May our God keep us faithful to the truth in His Word!

Ruben, his wife Loreta and their four children live in the city of Bungyod, South Cotabato, Mindanao, Philippines.

Pray for honest Muslims around the world to search for and be led to the truth as was Ruben. Pray that their hearts will be open to Jesus, their Savior.

Pray for the gospel workers and lay Christians in Mindanao, Philippines, to effectively witness to their neighbors, 20% of whom practice Islam.

Give. To help support Pastor Temtem and other gospel workers on the island of Mindanao, send your donation to Mission Projects International marked “Philippine Workers.”