Tomorrow May Be Too Late 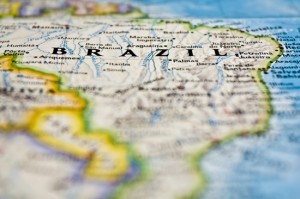 My name is Clayton, and my wife Priscilla and I are missionaries in Brazil. I am doing evangelistic and Bible work in the state of Rio de Janeiro. In our work we do Bible studies in homes and for small groups, preventive health education in homes and educational institutions and vegetarian cooking classes for families of Adventists, Evangelicals and non-Christians.

We had been studying the Bible with a group of former Adventists for approximately three months. One member of the group is a young lady whose family had accepted the Adventist faith before her birth. Lucia (Lucy) met Christ when she was quite young, and developed a deep interest in the study of Adventist doctrines and the Spirit of Prophecy. She enjoyed reading the Spirit of Prophecy and strongly believed that it, as well as the Bible, was the inspired Word of God. With all her ability and sincerity she promoted the Spirit of Prophecy to her family, neighbors and friends. Lucia was faithful in her strict observance of the seventh-day Sabbath. According to her studies in the Holy Scriptures, she believed that the Sabbath had significant relevance to modern man. From a young age she envisioned a career that did not conflict with her religious convictions and especially the holy Sabbath of the Lord.

Lucia suffered much prejudice and contempt when she was a student in elementary school because it required students to attend classes on Saturday. But with much prayer, family support and the help of God, she was able to meet the school’s academic obligations without compromising her religious principles.

Unfortunately, Lucy’s parents did not understand that the rules and regulations of the Word of God should not be imposed, but rather taught and obeyed from the faith that comes through understanding and appreciating God’s love. For many years Lucy felt oppressed, despite her zeal and respect for their faith. Lucy felt displaced from society as she had to sacrifice many friendships and reject many job offers because of their religion. When she became an adult, she began to have more contact with worldly society, and the pleasures of the world began to shine intensely before her eyes. She came to appreciate the fashion, luxury and glamor of the world so deeply that she came to the conclusion that her religion had deprived her of all the beauty, pleasures and amusements that the world could offer. Many of the principles she had learned in childhood were left behind. She earned a college degree and started working in an elementary school. She still enjoyed reading; however, her taste changed dramatically. She no longer found pleasure in the pages of the Bible and the Spirit of Prophecy; instead she read novels, philosophy, and fashion magazines. By beholding we are changed (2 Corinthians 3:18), and Lucy now nurtured an excessive desire for wealth, luxury and worldly goods.

We met Lucy when she was about 38 years old. She was renting a home and working in an elementary school. She had some frustration with her failure to acquire the wealth she desired. At the beginning of the Bible studies, she seemed a bit contemptuous, because she thought she understood the studies. Sometimes she would interrupt and state her views of the Bible and share her philosophical ideas. She also made sure to mention the inconsistencies of the Adventists that she had known. With patience and prudence I always tried to return to the place in the study where she had stopped me. I remember our studies vividly. Lucy did not have her own Bible, and when asked to read a text, she replied that she would rather just listen. So I was surprised at one study when she showed some interest in the truths we were presenting. Each week her interest increased and Lucia continued to attend the studies and answer questions. I was delighted one day when she asked to read a text. I confess I was a little perplexed because, at the same time that Lucy was diligently attending the meetings, she was unwilling to answer the calls made at the end of each meeting to accept Jesus and to live in harmony with the themes that were presented.

My wife developed a friendship with Lucy and told her that it seemed she had a tendency to be a depressed person. Our student was amazed and told my wife that she had been taking an antidepressant medication for some time. She also said that she could not understand it, but somehow those studies were making her feel like a relieved refugee. Lucy was living in a conflict between accepting Jesus and pursuing her luxurious ambitions.

After a few weeks we had to stop the Bible studies for a time because my wife and I had committed to attend two spiritual conferences in Argentina and Bolivia. While we were away for missionary work, Satan tried to destroy the Lucy’s life. Lucy was determined to give up the fight as she could neither realize her ambitions of greatness nor completely surrender to Christ. She felt hopeless and lost the will to live. She searched the internet to see if a pellet to kill rats was really strong enough to kill a person. Several searches confirmed that the pellet was an extremely lethal chemical. So Lucy bought a significant amount of the pellet, gave all her clothes away, told the owner of the property she lived in that she would be vacating the property and went to her employer and asked to be dismissed. With the last paycheck from her employer she bought a coffin and resolved to take her own life. Alone at home, she opened the bottle and ingested the rat poison. She began to feel intense pain in her stomach and such a weakness came over her that she fell to the ground. As she lay there shaking uncontrollably she realized the enormous madness of what she had just done. In her despair she cried out desperately to God to save her from her act of insanity. Suddenly she began to vomit and expel the poison. Only then did she find enough strength to drag herself to the phone to call her sister. Lucy was unconscious when her sister arrived. They rushed her to the hospital and miraculously she was able to be treated in time to escape death.

When we returned from our trip, we learned the horrifying news of the incident through a sister who was studying in the group. When she had sufficiently recovered, her sister took Lucy to her home. Lucy now had no home, no job, no money, no friends, no self-esteem. Lucy, however, had one thing, and that was the certainty in her heart that God had answered her prayer and delivered her from death. Today Lucy has decided to give her heart to God and place her life in the Lord’s hands. She knows that He is faithful and helps people in the world abandon their vices. God is so generous that He even returned the job she had held at the school. This is the God who gave a new opportunity for Lucia to live her life with Him.