Helping the Orphans of Congo 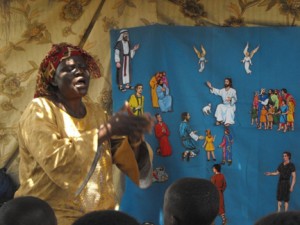 As we desire to share the wonderful Adventist truth with those here in my country of Congo, God has opened a door in a very lost area which has a very large death rate due to AIDS. In the village of Yelenge more than half of the population died because of AIDS in 2007. This is so extremely sad because it has affected children in a severe way. There are many children that have been left orphans due to the death of one or both parents. The Lord led me to this area to share the message of truth. The message of salvation was preached, and people were asked to receive Jesus as their personal Savior. I shared with the people the truths of the Ten Commandments. I especially emphasized the seventh commandment, explaining that to have a relationship with Jesus they needed to keep all of the commandments. An explanation was given about the health danger of AIDS if the seventh commandment was not kept. 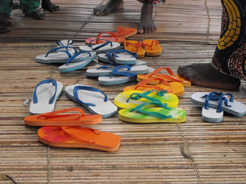 But people chose to disobey the seventh commandment. I want to share the sad story of how this problem of AIDS spread very rapidly. A very lovely lady moved to Yelenge. She moved into a home at the edge of the village. Her business was the buying and selling of produce and products used in the everyday life of the villagers. A poor young man whom the villagers did not like asked to help her. He was a faithful servant to her and carried out his work well and made her more prosperous. One day he asked her if he could move in with her, and she agreed. They began living as a husband and wife even though they were not married, thus violating the seventh commandment. This now made him a very important man in the village. He was only acting the part of a husband but was now a rich man. 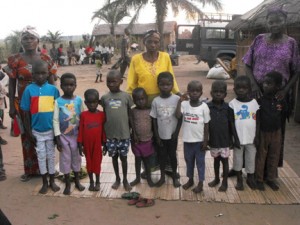 This lovely lady had to make many trips back to the large city of Kinshasa to sell the goods she had bought from the villagers and to pick up more products to sell to the villagers. One day she left for the city, but she did not return when she said she would. The village women started coming to see the man who was now very respected. Many of these women violated the seventh commandment with this man. In time the man and villagers found out that this lovely lady had died of AIDS while she was away in Kinshasa. Now the whole village was in an uproar because many had been exposed to this dreaded disease. This is how half of the population died in 2007. At this time many of the people in the village remembered what we had taught them about keeping the seventh commandment. But it now was too late because many were dying. Due to the death of the many villagers who had children, there were now many orphans.

Our church had a burden for these homeless children, and we are seeking ways of helping them. When we entered the village, the children were very dirty and had neither food nor home. There were no medical facilities, and many of these young children did not even live to be one year old. 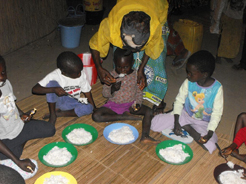 These young children, with whom we shared the love of God, were very scared of us at first. They have lived a life of fear because no one wants to touch them or care for them because they are afraid that they, too, will get the dreaded AIDS disease. It is such a blessing to show these young children the love of Jesus by caring for them.

One day as I was working with these young children, one came to me and said, “Are you not afraid to touch us?” I lovingly reached out and held this young man. He said to me, “If I were your son my life would be so much better.” I responded that I was his father because God had 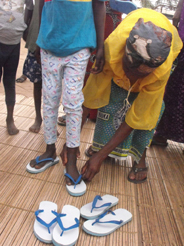 sent me to care for him and God is the Father of all. He explained that he was told that his parents had died of a dreadful disease and that if people touched him he would contaminate them. I assured him that we enjoyed caring for him and the other orphans and were not afraid of contamination.

Our church is caring for some of these young orphans. They are receiving needed medical care, food, clothes and schooling. We are in need of a building and more supplies so that we can care for many more of these precious children. They are being treated very disrespectfully in the village, and it is our desire to care for them in the ways that Jesus would.

A board of directors has been established to direct the work with orphans of the AIDS epidemic. The work has now spread to more villages where AIDS is leaving many young orphans. There are ladies in these areas caring for the needs of these young people. More needs to be done for the orphans, but we lack the funds to do it. Please pray for this work, and if it touches your heart, we ask for your support.

Blessings to you all.

By Celestin Kasongo. The work with the orphans of Congo is this quarter’s Thirteenth Sabbath Project. Send your donations marked “Congo Orphans” to Mission Projects International, PO Box 59656, Renton, WA 98058.