From Slavery to Freedom

“The creative energy that called the worlds into existence is in the word of God. This word imparts power; it begets life. Every command is a promise; accepted by the will, received into the soul, it brings with it the life of the Infinite One. It transforms the nature and re-creates the soul in the image of God.” Education, 126.

Kotapadu, a small village in the state of Andhra Pradesh in India, is surrounded by ten villages and is three kilometers from National Highway 5. Before 1950, these villages were not independent from caste domination (slave ruling landlords). Very slowly, small changes have taken place, but much more improvement is needed. If you were to visit these homes and villages, you would hear many different, but sad stories from the families. It is worthwhile to mention the Shabach Academy and their story of God’s miracle, which stands in contrast to these stories.

The word slavery is not easy to explain because one cannot know its pain without experiencing it. In these ten villages, the Hindu religion strongly influenced people through its blind traditions and regulations. They keep the people in servitude until their death. For instance, for many years the poor people could not enter or come near the temples of the Hindu idols or gods to worship them. They had to stay outside the villages. It is still the same today. Most of the poor people live outside the villages. 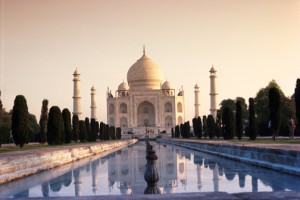 The story of Shabach Academy started many years ago. Ten-year-old Lakshmaiah, who had been born and brought up near the Kotapadu village, lived in a poor home where his father worked as a cobbler. He had no time to play with other children because he was a worker at the landlord’s house. From early morning until night he went to work herding buffalos. If he was lucky, he would get food to eat one or two times a day from the garbage. Though the hours were very long, Lakshmaiah was never afraid to work and he always worked faithfully for his owner.

Because he was such a hard worker, the landowner showed mercy on Lakshmaiah and enrolled him into a school. From then on, he had to go to school and work for the landowner afterwards. Along with his school books, he studied the Holy Bible. He had secretly received it as a gift. Faithfully, he studied up to tenth grade and still worked as a slave at his landlord’s house. After he finished this grade, the landlord’s heart was touched by God and he told Lakshamaiah to go and do as he wished. Praise the Lord! Lakshmaiah could not express his happiness in words, because up to that point no one had been granted independence in that way. The rule was: once anyone became a slave under his landlord, he must work until death.

The other poor people joined to celebrate his happiness because they had hope in his story, since he was the only one among them who had an education. But Satan was not happy. Soon great economic trouble would bring the celebration to an end. However, Lakshmaiah chose to use his ability and freedom to spread the Word of God around the villages. Since 1970, the people have listened with great hope to Lakshmaiah, even though all his gospel teaching was done secretly.

Yet there is still a problem with the poor caste people because they have not totally avoided the Hindu culture and circumstances. Lakshmaiah prayed many hours to God to lead this community of people from “Egypt to Canaan,” from idol worship to serving the real God. Finally, God wonderfully answered his prayer! Lakshmaiah was shown from his own childhood experience that the best way to bring people out of darkness is to teach the children and give them Bibles to read. True education was the way to bring change to those ten villages. Then, the children themselves teach their parents and others the Word of God. Amen!

Lakshmaiah is now 65 years old and his prayers have been answered through Sister Rebecca Pomianowski. She came to visit their village and presented the Word of God to them. Lakshmaiah showed his thankfulness to God by shouting loudly. Even the people in the Kotapadu village were surprised and pleased by her unexpected visit. Wanting to do something for the poor community for the last two years, they donated small bits of their land to Vijaya Kumar, Lakshmaiah’s son. They never expected that God would send someone like Sister Rebecca. After witnessing this miracle, everyone wanted to shabach to praise the Lord. The word “shabach” means to shout, to praise God in a loud voice!

More land has been donated and has now increased to five acres, especially after Sister Rebecca visited again. A bore well was drilled on that land and the poor people work hard to add fill dirt. They also donate their own small pieces of land and contribute funds from their daily wages. All of this is not yet enough to build Shabach Academy. They need helpers of God’s selecting to cheerfully give and pray for this needy project. We are awaiting God’s help. If God is truly prompting you to donate toward this project, please contact us.

“The excellence of knowledge is that wisdom gives life to those who have it.” Ecclesiastes 7:12.