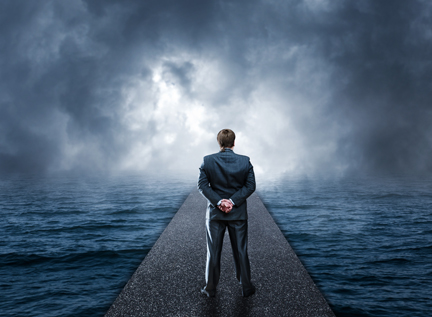 I have to tell you about my challenge and God’s victory! The meetings in East Melbourne were supposed to start Monday night, and the meetings in Lilydale on Tuesday night. I had sent out invitations to the contacts we had found during our Melbourne literature campaign—less than 100 in total. Normally, when you hold a public evangelistic campaign, you have to mail and share at least 10,000 flyers, or even more, because it is typical to get one attendee per 1000 invitations. However, we only were able to distribute less than 100 flyers. We posted it on Facebook and told people on our email list, but did not do much more promotion than that. Our hope was that some of the people who had received literature after the Melbourne campaign would be interested enough to come and study with us. We also took a few flyers with us to Melbourne in order to do some street evangelism before the meetings. I had a group of three people with me and we had a good time handing out quite a few books and magazines. We also shared 350 additional invitations to the meetings.

Some time before the meetings, we found our way to the East Melbourne Library, a wonderful, yet inexpensive hall that we rented. But we had a great problem: there was almost no parking available! There are parking lots, but you are only allowed to be there for a short time and then the locals need them in the evenings. So people must go to the meetings by public transportation. Since the bus station is quite a ways away from the library, people would have to walk a distance in the dark each evening. It is something I wish I had thought more about before renting there, but there was nothing that could be done about it.

When the meeting time came and we had everything set up, nobody showed up! And I mean nobody. The whole library was empty—only my three helpers and me. I felt discouragement creeping around me. We decided to have a prayer meeting instead and ate the food we had prepared. Then we brainstormed about how we could improve the situation, packed up our stuff, and left. I tried to be very positive in the way I talked to the others and I was very happy to hear that a couple of them thought we had had a great time during the street evangelism that day. That was very encouraging. At least the trip had not been in vain: we had given out a lot of literature and had been able to talk about what we could do better next time.

However, I have to admit that I did not feel as good as my face showed and I really felt like crying as I prepared for my trip to Lilydale the following day. This time I went alone because the others had prior commitments. I was determined, though, to work hard on promoting the meetings and I had already ordered more flyers to pass out before the meetings.

The next morning I called a very dear sister and friend. She really encouraged me and prayed earnestly for me, and shortly afterwards it was like a cloud lifted! I was filled with new courage and that courage is still there, despite everything. I praise God for that victory, the power of prayer, and the love and support of true Christian friends! I know others have been praying as well.

That same day I also called and then visited some potential attendees, and in the afternoon I prepared to start the street work in Lilydale. But then it was like the devil stirred up a terrible rainstorm. It began to blow violently and the rain poured down. The storm commenced just minutes after I started to hand out the flyers. What should I do? I had not planned to get wet, I had no change of clothes, and I was going to do the lecture that night. After thinking and praying, I decided to find shelters on one of the main streets and attempt to pass the flyers out to the very few souls who were still out in the storm. It was cold, so I went into one of the shops. The lady was very friendly and let me leave some flyers at her counter. I continued from shop to shop and many allowed me to do the same. Here and there between the shops I met various people and shared with them, as well.

Then the time came to get ready for the meetings. I set up the hall, cut up the fruit, put out the tea, and waited. But nobody came. Not one soul! It was just me. But I knew I was not alone, and I still had the courage that God had imparted that morning. I decided to do my talks anyway. I knew at least the angels would listen and that it would be good practice. Afterward I ate the fruit, packed up, and went home. And I still had courage! It was so different than the night before and I really felt God at work. You know, evangelism is not just about working for other souls, it is about letting God work on your own characters, and I felt He had won a victory that night!

Listen to these encouraging statements—they have been such a blessing to me:

“There is a fearfulness to venture out and run risks in this great work, fearing that the expenditure of means would not bring returns. What if means are used and yet we cannot see that souls have been saved by it? What if there is a dead loss of a portion of our means? Better work and keep at work than to do nothing. You know not which shall prosper—this or that.” Evangelism, 62.

“God will have men who will venture anything and everything to save souls. Those who will not move until they can see every step of the way clearly before them will not be of advantage at this time to forward the truth of God. There must be workers now who will push ahead in the dark as well as in the light, and who will hold up bravely under discouragements and disappointed hopes, and yet work on with faith, with tears and patient hope, sowing beside all waters, trusting the Lord to bring the increase. God calls for men of nerve, of hope, faith, and endurance, to work to the point.” Evangelism, 63.

“Christ rejoiced that He could do more for His followers than they could ask or think. He knew that the truth, armed with the omnipotence of the Holy Spirit, would conquer in the contest with evil; and that the blood-stained banner would wave triumphantly over His followers. He knew that the life of His trusting disciples would be like His,—a series of uninterrupted victories, not seen to be such here, but recognized as such in the great hereafter.” Gospel Workers, 38.

“Stand like Daniel, that faithful statesman, a man whom no temptation could corrupt. Do not disappoint Him who so loved you that He gave His own life to cancel your sins. He says, ‘Without Me ye can do nothing.’ John 15:5. Remember this. If you have made mistakes, you certainly gain a victory if you see these mistakes and regard them as beacons of warning. Thus you turn defeat into victory, disappointing the enemy and honoring your Redeemer.” Christ’s Object Lessons, 332.