God blesses one couple’s business to send another couple to Africa for mission service. 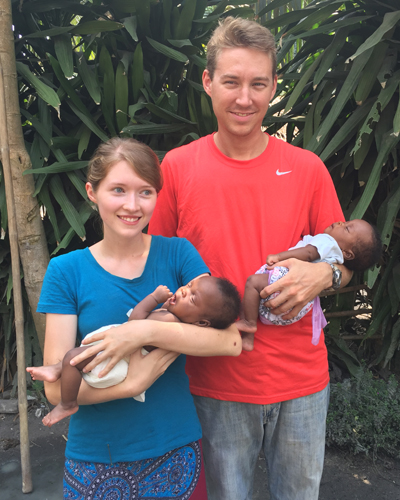 When Lee and Sarah White*, brand new entrepreneurs, opened their small business, they had a simple prayer – enough work to support their family. They hesitated when Chris Duman, a young man just dismissed from a factory job that conflicted with his Sabbath-keeping, came looking for employment. Would there be enough work to support two families? They decided to step out in faith and hire him.

To their delight, business grew from a small trickle to a steady stream. Lee and Chris worked long hours responding to requests from the community, and soon from other states. As the years passed, the business gained a reputation for honesty and excellence, and the demand for their service swelled to a flood.

Lee began hunting for property to build an office for their expanding business. But to his surprise, right when he stumbled across the perfect spot, the land became unavailable. Realizing that God must have something else in mind, he put aside the money and waited.

As Lee and Sarah’s business continued to flourish, their hearts began to stir. How could they use the means that God had given them to reach those who had never been touched with the truth?

Meanwhile, Chris and his young bride, Abby, were having a similar conversation. As a young girl Abby had felt called to the mission field, and the yearning had never left her. Chris looked over their bills and weighed their responsibilities, and while he was doubtful that an opportunity for foreign mission service would ever come their way, he smiled at his wife and said, “If God opens a door, yes, I will go.”

One week after Chris said yes to God, Lee approached him. “Chris, would you and Abby consider taking up mission work if someone took care of your bills? I’m not able to go myself, but you are young and well, and my wife and I would like to know that we made it possible for others to go in our place.”

Stunned, Chris and Abby could only watch as door after door opened before them, and in four months they found themselves in the heart of Africa.

As they sought to bring hope to the war-torn people of Congo, Chris and Abby knew many moments of weariness. By land cruiser over unmarked roads, by motorcycle through dusty towns, and by dugout canoe to remote villages they carried their message. Their hearts ached for the woman drawing water from a shallow, mucky pool, the laborer in mismatched clothes from The Fifth Collection earning $2 per day, and the little boy who would never see his sixth birthday because he could not get enough to eat. They pressed on and prayed on, and their dreams for the future expanded and changed. 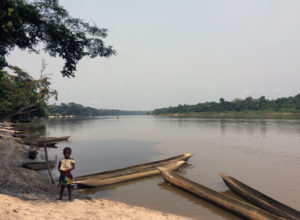 They now dream of clean wells drilled in every village. Of healthier, longer lives for those suffering from malnutrition. Of a Bible in every hand and the light of truth in every heart.

And all this because a small business owner was blessed by God and prompted to give. “When Jesus comes, I don’t want Him to find me sitting over a pile of money,” Lee explains simply. To him, sending a young couple to Africa for three months was not a sacrifice, but an honor.

As a child, Abigail dreamed of foreign mission service. As an adult she helped with Congo Frontline Missions.

Pray for Congo Frontline Mission’s health workers and church planters as they spread the gospel in the remote areas of Congo.